I’ve seen many people post two pictures regarding Ruby Bridges on social media quite a bit lately. I agree with those posting these pictures, as they are both incredibly moving.

For those who may not be familiar with the story, Ruby was the first elementary student to integrate a school in New Orleans. She was met by angry mobs of vicious protestors saying unimaginably hateful things…..to a six year old.

Many of them also pulled their kids out of the school, refusing to let their children attend the same building as an African American child. Ruby and her family received constant death threats. Her grandparents, who were sharecroppers in Mississippi, were kicked off of their land. Ruby’s parents had to travel 35 miles to buy groceries, because no local store would sell to them.

The first picture I’ve been seeing is of Ruby being escorted up the steps to her school by Federal Marshals. This picture is incredibly inspiring. I love the fierce look in her eyes. In the sweet innocence of a child, Ruby said she wasn’t really scared because she thought the crowds were gathered as part of a Mardi Gras celebration. Norman Rockwell made a famous painting of Ruby and the Marshalls titled “The Problem We All Live With.” 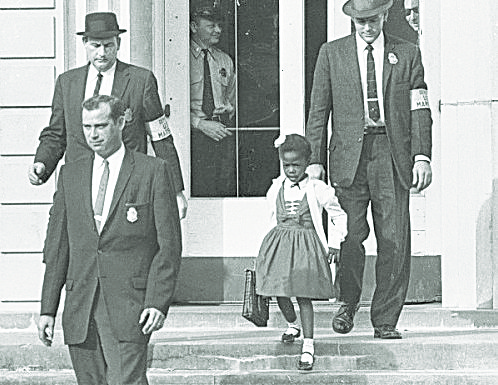 The second picture posted frequently recently is of a group parents holding up a coffin with a black child in it outside the school. When I teach about this in class, I get a lump in my throat and struggle to speak. I just can’t believe it…but it really happened, and not that long ago.

I would like to see more of a third picture circulated, and that is of Ruby Bridges and her teacher Barbara Henry.

When Ruby arrived at school, every other teacher besides Mrs. Henry refused to teach her. They literally turned their backs on the child.

Mrs. Henry was from Boston, having just moved to New Orleans with her new husband who was assigned there as part of his Air Force duty.

Mrs. Henry and Ruby spent all day, every day together, in a classroom alone. They even ate lunch together. Ruby had to bring her own every day, because so many “adults” in the area had threatened to poison her. 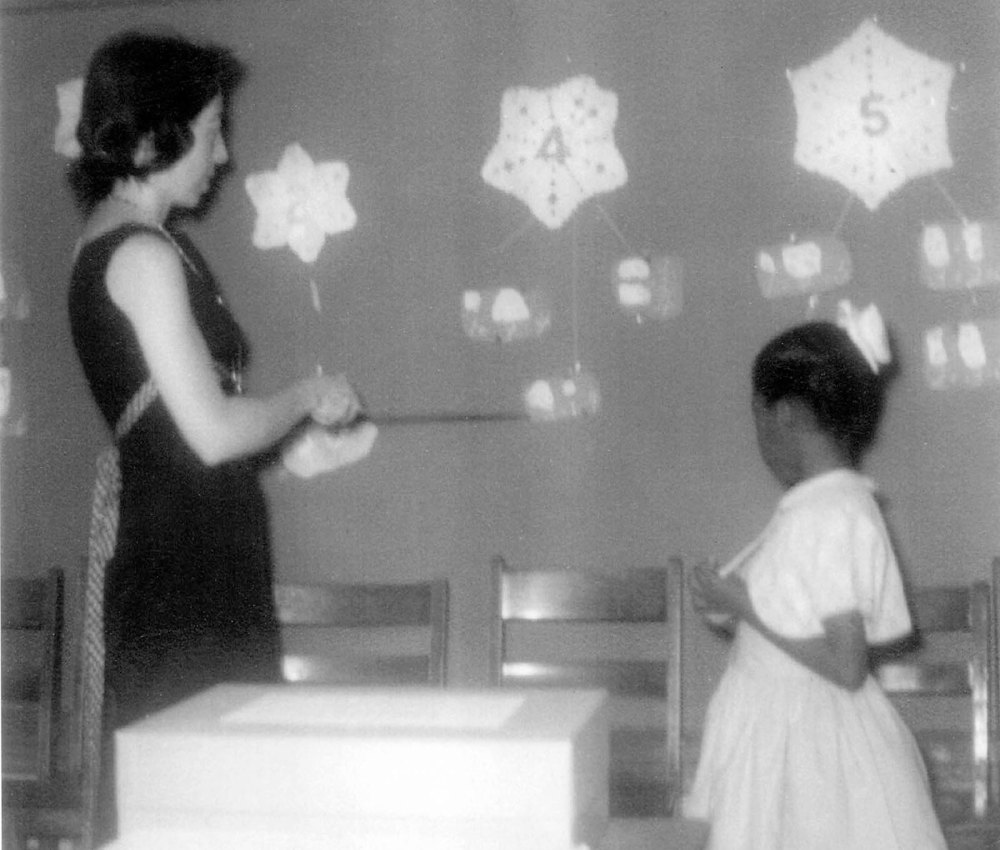 Mrs. Henry was not invited back to teach the next school year.

Ruby is now a retired travel agent, traveling the country telling her story.

Mrs. Henry is also still with us. She is now 88 and lives in Roxbury, Massachusetts.

Since we seem to be in the business of taking down statues lately, I’d love to see one of them be replaced by a statue of Mrs. Henry and her only pupil.