World War Two was tough on everyone, including those left behind.  Nearly every American had someone they loved fighting in Europe or the Pacific.  Mothers and children rallied in the homeland to do what they could to help the war effort.  They worked in factories building weapons, repaired war machinery, sent care packages to the soldiers, collected materials that could be salvaged, and anything else they thought might help.  Each day brought with it news of local boys who would not be returning home.  These were heavy, difficult times.

To help them get through it all, they sought distractions.  Places they could go and things they could see and do which would get their minds off of the overwhelming issues of the day.  These included sports, movies, and every once in awhile a real treat: the circus.

The Ringling Brothers and Barnum and Bailey circus announced they would be coming to Hartford, Connecticut on July 5, 1944.  The town bristled with excitement.  They performed the night of the fifth, but travel delays caused them to cancel the matinee show scheduled earlier that day.  A make up show was scheduled for 2:00 p.m. July 6, exactly a month after allied forces invaded the beaches of France on what would be known as  D-day.  In circus lore, missing a show is considered extremely bad luck.  Many of the employees were likely on guard for something bad to happen that day.

75 years ago today, around 7000 people showed up for the afternoon make up show, cramming into the massive tent; which was 550 feet long and 220 feet wide.   Over half of them were children, the rest were mostly women and elderly people as most of the adult men in the community were off fighting the war.  It was a very warm summer day, with the temperature topping 90 degrees. About 40 minutes into the show, the famous aerial daredevils the Flying Wallendas were performing when the tent caught fire.  It was coated with a mixture of gasoline and paraffin wax so it would be water proof.  This was a common method at the time, but it only made the fire worse.  Witnesses say they saw a ball of fire that just kept getting bigger and bigger.

The band started playing “Stars and Stripes Forever.” This was a pre-set signal to the performers that something was wrong.   When the audience noticed the smoke, shouts of “fire” rang out and panic ensued.  People began jumping out of the bleachers and scrambling for the exits, of which there were only four.  In the way of the exits were the cages with the big cats that had just performed, and some of the other animals which were getting ready to take the stage.  A man was seen flinging children over the cages to the exit.  The public address announcer tried to urge people to stay calm, but they couldn’t.  Some exited immediately, while others went to try to find their family members inside the tent.  Some even escaped, but went back in to try to save their loved ones.  Witnesses say the entire tent was burned to the ground in less than 15 minutes.

A clown carries a bucket of water towards the fire in a futile effort to help
photo credit: Connecticuthistory.org

The death toll is listed at 168, although it is widely believed that the number is actually more because some of the victims were likely completely incinerated by the fire.  People were burnt to death, died from the smoke, or injuries resulting from the melee while attempting to escape.  Over half of the victims were under the age of 15.  More than 700 people were injured.   Some of the survivors are said to have never left their homes without a pocket knife on them, as many were saved because people inside were able to cut holes through the tent in order to allow themselves and others to escape.

The cause of the fire was never officially determined.  Several of the organizers were convicted on manslaughter charges and did jail time.  Ringling Brothers and Barnum and Bailey agreed to pay over five million dollars in compensation to victims and their families.

Of the A.P.’s top ten stories of 1944, nine of them were about the war, the other was the Hartford circus fire.

Of the victims and survivors that day, there are many interesting stories:

Hal Blaine, who would become one of the greatest drummers of all time was 15 years old that day, in attendance at the circus.  He played on “Mrs. Robinson”, “These Boots Are Made For Walkin”, “Good Vibrations”, “Be My Baby”  and many, many other hits as well as the theme songs for t.v. shows such as “Batman” and “Three’s Company.”  He was inducted into the Rock and Roll hall of fame in 2000, and given a Grammy for lifetime achievement in 2018.  He passed away on March 11 of this year. 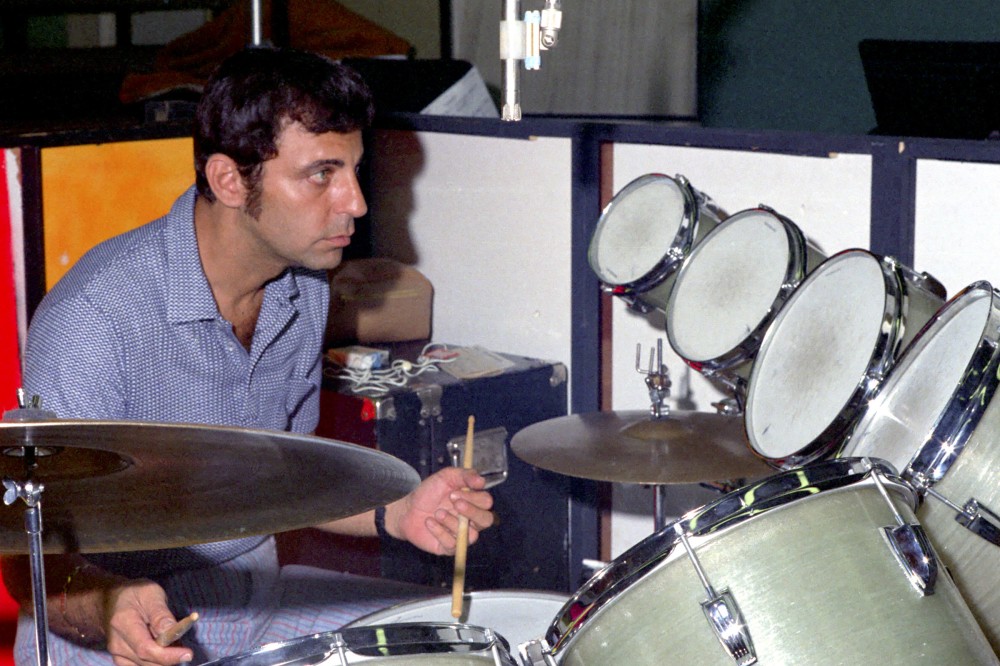 Charles Nelson Reilly was at the show that horrible day.  He would go on to be a star on stage and screen, with leading roles in “Bye Bye Birdie”, “Hello Dolly”, and multiple other hits. He would also be a successful director as well as being a regular on many popular game shows.  He would never sit in an audience again for the rest of his life.  Although being a theater star, he rarely attended it because he said it reminded him too much of that day.

Jerry LeVasseur was six years old the day of the fire.  He was badly burned, but survived.  His mother, who laid on top of him as fiery pieces of the tent landed upon her did not.  LeVasseur required constant surgeries during his adolescence to repair the damages caused to his body.  He did not learn the full story of how his mother died until years later. 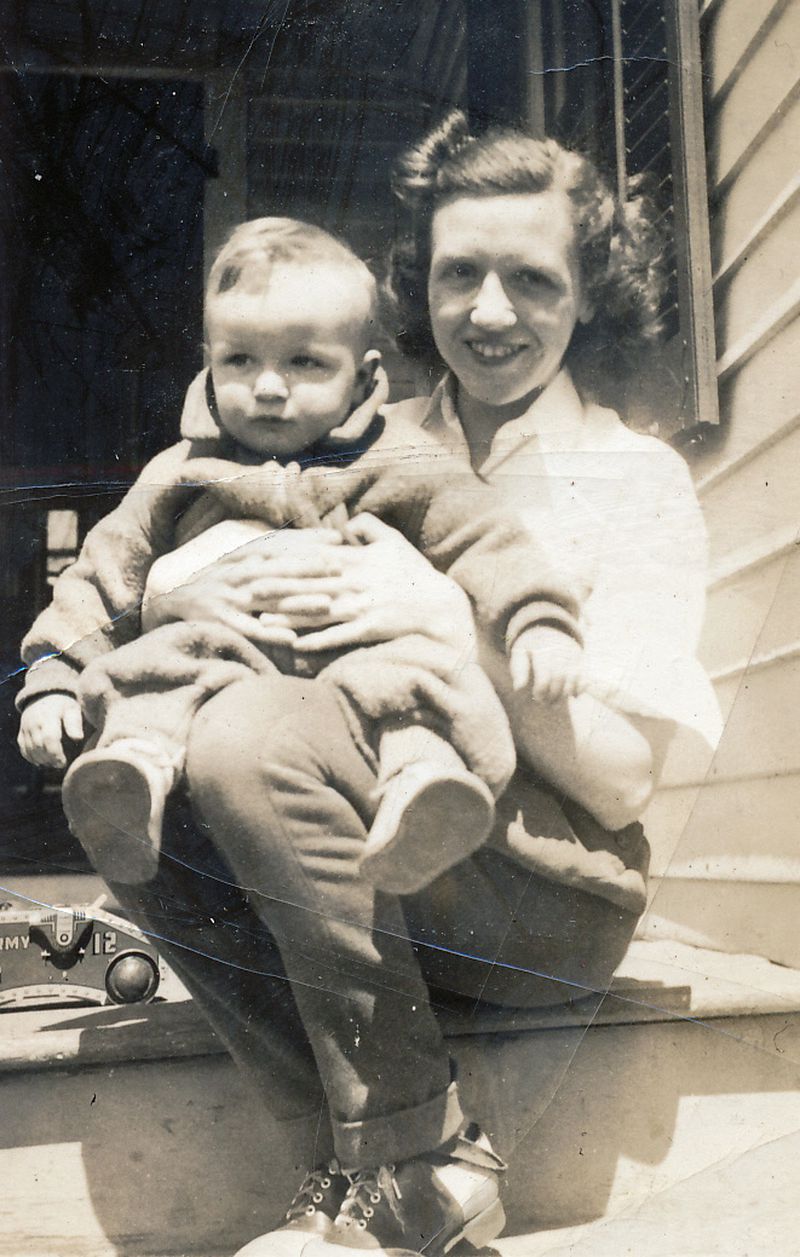 He went on to be a prestigious runner. He has run over a 1000 road races,  holding world records in the 70-79 age division as well as the 80-89 age division.  He is a member of the Maine running hall of fame, and continues to be a volunteer assistant track coach at Bowdoin College.

He speaks to the incoming freshman at Bowdoin each year, telling them they can choose how they handle adversity and setbacks:

“I call it not a catastrophe, but an opportunity,” he said. “You can go through this and set an example.”