Elvis Presley was born on this date in 1935.  His mother Gladys delivered Elvis about 45 minutes after his twin brother Jesse was born.  Sadly, Jesse was stillborn and never took a breath.  He was buried in a cardboard box in an unmarked grave, as the family could afford neither a coffin or a headstone.  Some say that Elvis was haunted by this his entire life, and his mom used to tell people that Elvis tried to live with the energy of two people to make it up to her for losing her other son.

On the day he was born, Elvis Aaron Presley went home to a two bedroom shotgun schack on the outskirts of Tupelo, Mississippi.  It had no electricity or running water. His mom, who worked in a garment factory at the time, had nearly died during childbirth.  She didn’t come home from the hospital for three weeks after Elvis was born.   His father Vernon was a truck driver who sometimes took odd jobs, and once spend some time in jail for writing a fraudulent check.  Gladys’s co-workers passed the hat at the factory to raise thirty dollars to help buy the things that baby Elvis needed to survive.  Vernon and Gladys were young when they got married.  She was 21, he was 17, and like a lot of families in the 1930s, life was a struggle.

Gladys loved her only son with 110 percent of her heart, every day.  She would take Elvis as a toddler to church, where he would escape and run up to the front to stand in front of the gospel choir, singing and dancing with them.  She was incredibly overprotective of her boy, especially by the standards of the time.  She gave Elvis his own set of silverware to take to school for lunch every day and instructed him not to eat in the cafeteria,  she didn’t allow him to play sports, and legend has it that she even gave a whipping to some older boys who were picking on young Elvis.

It was on the his eleventh birthday, January 8, 1946 that Gladys Presley made a decision that forever changed the world.  Gladys took Elvis to the Tupelo hardware store, and told him to pick out something for his birthday present.  Elvis wanted a gun, but she said “no way.”

Instead, he pointed to a guitar hanging on the wall with a price tag of $7.90.  She said “Ok”……..and they took the guitar home………..thank God.  Elvis promised his mom he would be a big success and someday buy her a big house and a mink coat. 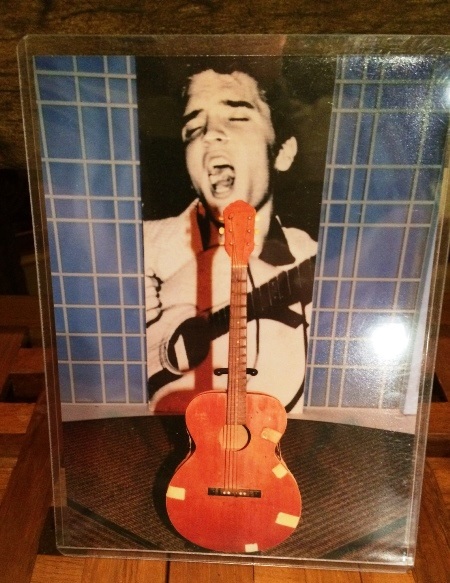 Eight years later, Elvis would release his first single, “Thats All Right (Mama)”.  In 1956, he would start his own publishing company, “Gladys Music.”  As his stardom grew, Elvis continued to call his mother every night.  With his first royalty check, he bought her a pink Cadillac. She didn’t know how to drive though, so she never actually drove it. 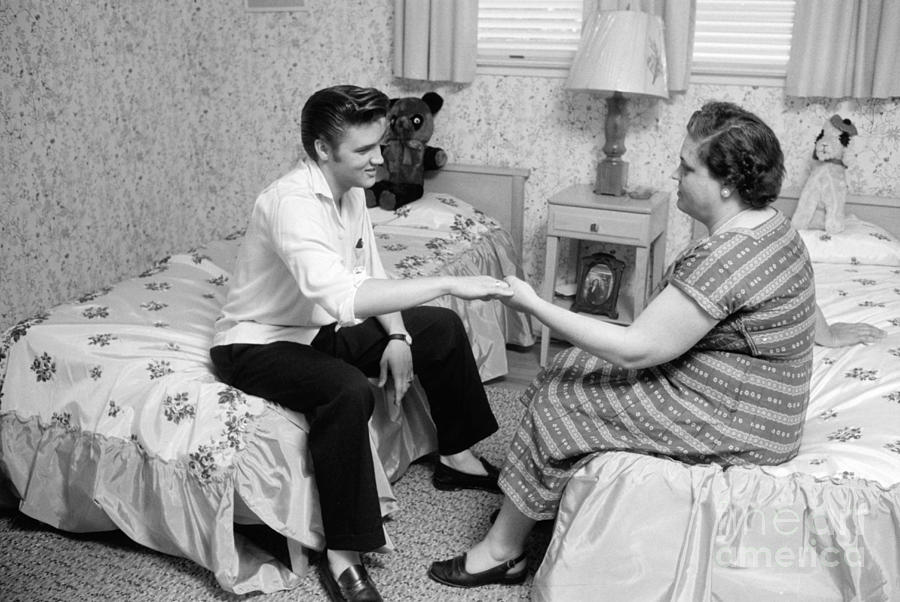 In 1958, Elvis was drafted into the U.S. Army and assigned to complete basic training in Fort Hood, Texas.    This deeply bothered Gladys, who feared for her son’s safety.  She drank heavily and took pills to cope with her anxiety.  Over the summer of 1958 her health worsened, until she was admitted into the Methodist hospital in Memphis in August.  Elvis wanted to immediately rush to her side, but wasn’t allowed to leave.  After threatening to go A.W.O.L. and a series of phone calls to Washington D.C., he was allowed to go to his mother.  He arrived on August 13, she died early in the morning of August 14.

Elvis was heartbroken and inconsolable.  He said, “She is all I ever lived for.  She was my best girl.”

To understand Elvis is to understand the relationship he had with his mother Gladys.  The woman who said no to the gun and yes to the guitar.  She thereby gave Elvis Presley the key to unlock the universe, and we are all much better off because she did.  Thank you to Gladys Presley and all the other mothers who set aside her own dreams to help their children reach theirs, including my own.