He grew up in Portland, Oregon. He was raised in a house on S.E. Hawthorne and 40th, next to the Fred Meyer. There is a small sign  front of the house that says, “Linus Pauling House.”  There are now science camps for children hosted there. 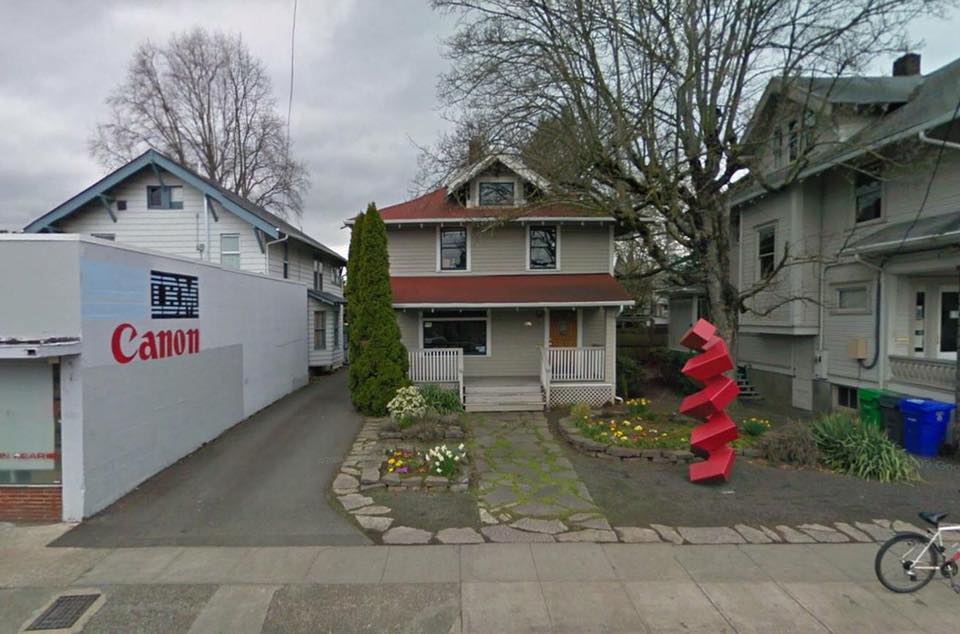 He went to Portland’s Washington High School, and then on to Oregon State University.  Now, there is a prestigious laboratory and research facility on the O.S.U. campus specializing on the importance in vitamins and nutrients named the “Linus Pauling Institute.”

He was awarded the Nobel prize for chemistry in 1954 for his research into the nature of the chemical bond.  He is ranked by many to be one of the twenty most important scientists of all time.

He then began to use his status to speak loudly and often about the perils of nuclear war.  In 1958 he published a book titled, “No More War.”  In 1962 he was invited to the White House to dine with President Kennedy and the First Lady. Before the dinner he spent the day outside the White House passing out brochures protesting the development of weapons of mass destruction.  He then went inside and dined and danced with the President and first lady.

I’m doubting something like that would be possible today.

Later in 1962, he won the Nobel peace prize for protesting against weapons proliferation.

He died in 1994, and is now buried in a very humble grave at a cemetery in a suburb of Portland:  Lake Oswego. I visited it a few years ago, you would never know that a man who won two Nobel prizes was buried there.

It is interesting to me that if he were a musician, movie star, or athlete who achieved at the very highest levels of their craft, everyone would know him.  I often speak to people in Portland and elsewhere who have no idea who Linus Pauling was.  That is a poor reflection on what we value as a society, and is sad.  God bless the scientists and peace activists, they are more important now than ever.