For those who love music and understand the power of it, December 8 is a day of “what ifs?”. Today marks the 38th anniversary of the murder of forty year old John Lennon.  It also would have been the 75th birthday of Jim Morrison, who died in 1971 at the age of 27.   Each were exponentially talented, complicated, and beloved.  Both had so much more to give.  For a generation that came of age during the civil rights movement, a war that didn’t make sense, unrest, riots, and general insanity, they were the islands of calm an often overwhelming sea of confusion.

Jim Morrison recorded six albums with The Doors, which included some of the iconic hits of the era, like “Light My Fire”, “Love Me Two Times”, “Break on Through”, and many more.  However, as the sixties turned into the seventies, he continued to fall into a deeper pit of drug and alcohol abuse.  In 1971, the band recored their final album with Morrison,  “L.A. Woman”.  It is said that on their last day of recording, Morrison drank 36 beers.  Morrison was overweight, and it was apparent to everyone around him that he was far from well.  When the album was completed, he left for Paris to be with his girlfriend, Pamela Courson.  He died on July 3, 1971.  No one really knows the details of his death, as an autopsy was not performed.  On his death certificate, it simply says “heart failure.” 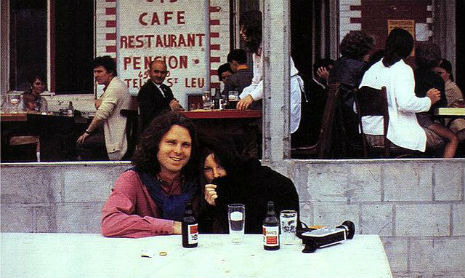 On the morning of his last day on earth, John Lennon and his wife Yoko Ono would do a photo shoot in their New York City apartment with the legendary Annie Leibovitz of Rolling Stone magazine.  It was the photo that wold be the cover of the magazine the next month, and become one of the most famous in rock history.

Later that afternoon, Lennon would take a limousine to the studio to work on a new song titled, “Walking on Thin Ice.” While waiting for the limo to arrive, a fan approached Lennon with the album “Double Fantasy.”  Lennon asked, “Do you want me to sign that?” The fan nodded but didn’t say much.  His name was Mark David Chapman, who had travelled to New York from Hawaii to kill John Lennon.

A little before 11:00 p.m., John Lennon returned home from the studio.  He looked up and saw the same young man, Mark David Chapman waiting for him.  This time, Chapman was holding a copy of  the novel “The Catcher in the Rye” in one hand, and used his other to pull out a  .38 caliber handgun.   He fired five shots into John Lennon from close range.  Lennon was rushed to neighboring Roosevelt hospital, where he soon would  be pronounced dead.

What ifs?
The unnecessary deaths of these two geniuses leave a plethora of questions.
What if Jim Morrison had gone to a rehabilitation clinic and gotten help?  47 years later, we are so much better at turning people with addiction problems around. Many people are making great contributions to the world today who may very well have died if they lived at the same time as Jim Morrison.   Doctors, counselors, psychologists, and others regularly have success helping people recover and thrive.   One must wonder what would have happened had Morrison gotten the help he desperately needed.
What if Mark David Chapman was not able to walk into a store in Honolulu and buy a handgun for $169?  It was obvious to those around him that he was unwell.  He had attempted suicide twice. He had told people he was going to kill John Lennon.  He even taped the name “John Lennon” over his name tag at work.  What if Chapman received treatment for his mental illness, or was not allowed to purchase a handgun because of it?

We will never fully know how much the world was robbed of with these two lives ended many decades before they should have.

The same can be said for all who die too young, famous or not.  When someone leaves the world, they take with them the potential they had for not only themselves, but the others they could have made the world better for.  Instead, they leave a shore continually under assault by the never ending waves of grief.

Every life that ends too soon matters, even if they aren’t a famous rock star.  Whether it be unnecessary violence, disease, hunger, addiction, or anything else, we must fight against anything that robs us of promise held by every single life.  Lives ended too soon for any reason are a theft from humanity. 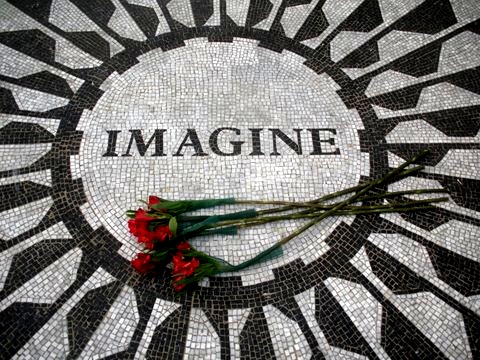