Today is National “Special Education Day.”  December 2 has been chosen as the date to honor our special education students, teachers, instructional assistants, and programs because it was on December 2, 1975 that President Gerald Ford signed into law what was then called the “Education of Handicapped Children Act”.  This  was later turned into the  “Individuals with Disabilities Education Act”, or “I.D.E.A.”  It was a mighty  landmark for not only children with special needs, but for our country.

Before I.D.E.A.
Prior to 1975, students with special needs were rarely included in “normal” public schools.  Nationwide, only about one in five were allowed to attend and participate with the general population of students.  1.75 million students were kept out of public school.   Not only were they not included, but they were often excluded by state and local law.  Students with what were considered severe disabilities were not in school at all, but housed in state institutions where the primary intent was to keep them away from every one else.   The institutions were isolated, segregated, distant, and often extremely underfunded.  It is hard to fathom how little compassion we used to have in which many refer to as “the good old days.” 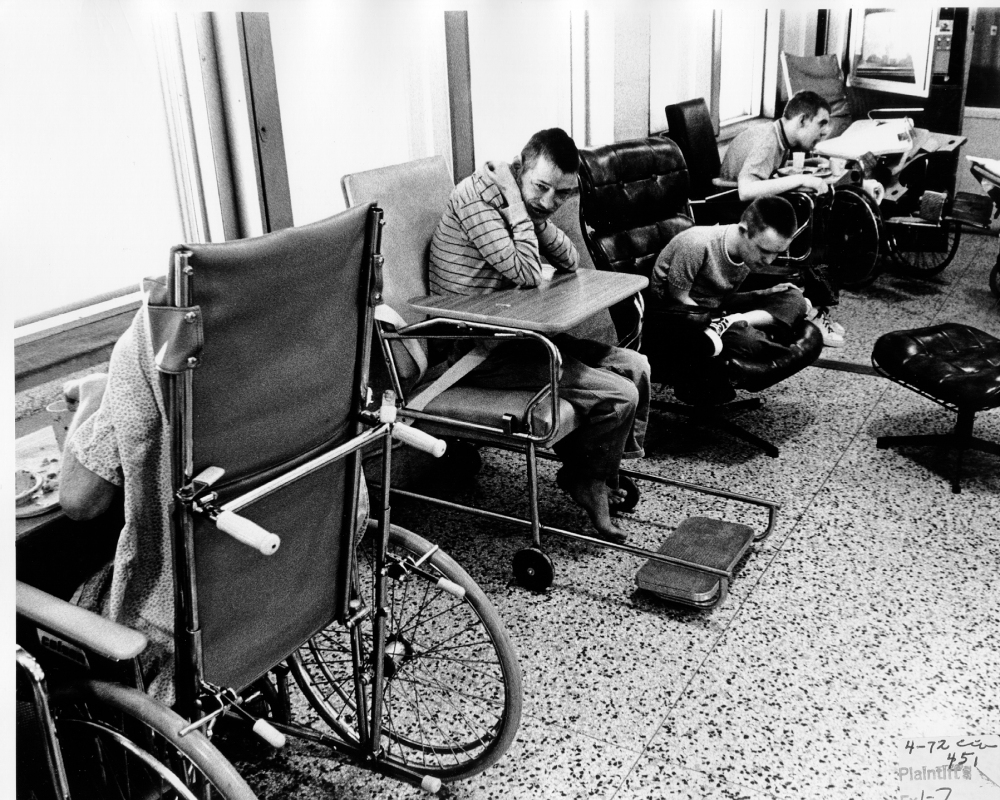 1975: A Turning Point
When it was passed in congress and signed by President Ford, I.D.E.A. had four main goals:

1. To ensure that special education services are available to children who need them.
2. To guarantee that decisions about services to students with disabilities are fair and appropriate.
3. To establish specific management and auditing requirements for special education.
4. To provide federal funds to help the states educate students with disabilities.

Like nearly all  major pieces of legislation, there have had to be several updates, modifications, and adjustments to the original act.  Now, all students must be given a free and fair public education in the most inclusive manner possible, and have their particular needs met in what is known as an “I.E.P.” (Individualized Education Program). I.D.E.A. has also helped provide at home assistance to families with special needs, as well as aid to pre school kids before they even enter the public school system.  43 years later, there are now 6.7 million students in American public school that receive some kind of special assistance thanks to I.D.E.A., which equals about 13 percent.  The success goes beyond that.  In addition to the number of kids who are helped, here are three more reasons it is a tremendous success.

Inclusion makes our team stronger:
When they are given the opportunity, people with special needs can contribute in ways that others might not be able to.  Rather than kicking people off to the side, we have learned to see them as uniquely talented and able to offer significant contributions for the greater good.  There are a ton of successful people out there who are challenged by autism, dyslexia, A.D.H.D., etc. who have gone on to amazing achievements.

Here are a few people you may have heard of, but probably didn’t know they were helped by special education:

These are just a portion of the long list of famous people who needed special education.  I’d be willing to bet there are plenty of adults who have contributed to our communities who needed a little extra help to get through school which would not have been available without I.D.E.A.  There are so many people out there who are outstanding, vital members of society that might not have been 50 years ago.  We are all better off because of them.

Inclusion makes us less hypocritical as a nation:

If you visit the Supreme Court Building in Washington D.C., you will see the words “Equal Justice Under Law” written across the front facade.  Look at any American coin and you will find the phrase “E Pluribus Unum”, which means “Out of many, one.”  How about the Declaration of Independence, the very document this country was founded upon, which says: “We hold these truths to be self-evident, that all men are created equal, that they are endowed by their Creator with certain unalienable Rights, that among these are Life, Liberty and the pursuit of Happiness.”  In fact everywhere you look, America is filled with slogans that promote fair treatment, justice, and equality.

Is pushing a child away from education because they have unique challenges to overcome consistent with any of the words to which we are all taught at any early age to hold so dear?

I’m far from an expert in theology or Christianity, but from my understanding, Jesus wanted us to love all of God’s creatures.  He wanted us to be kind and compassionate even when it was difficult to do so.  In fact, especially when it was difficult to do so.  In a country where nearly 80 percent of the population claims to be Christian, shouldn’t this matter?  I often hear the phrase “W.W.J.D.” which is an acronym for “What would Jesus do?”  I’m pretty sure he would try like crazy to create a system in which all children were cared for and provided the opportunity to flourish.

As a teacher in my 20th year of education, I can report to you that kids are much better at treating those with special needs with love and acceptance  these days.  When I was in school, kids were downright mean to those with special needs.  Students with special needs would consistently get verbally, and sometimes physical harassed.  There is much, much less of that these days.  In fact, most times when it does happen, the other kids swarm in to make sure it stops.  I think there are many reasons for this, but probably the most important is that kids are used to being around others who need a little extra help with school and life.  When special needs kids were outcasted, it was hard for other students  to understand that these were human beings who were often intelligent, funny, and interesting.  Like so many groups, when you get to know kids with special needs it is harder not to like them.

Thank you to all who have helped create a better place in education for those with special needs:

Thank you to the kids who have kept battling to overcome their challenges. Thank you to the other students who have helped them along the way.  Thank you to the teachers, instructional assistants, administrators, counselors and volunteers who have strived to help all kids reach their fullest potential.  Thank you to the leaders in Government who have pushed for greater legal protections for students with special needs in our classrooms.  And….thank you to President Gerald Ford for signing this monumental act into law, and understanding that the road to a great America is paved with compassion and kindness.