Today is the 54th anniversary of perhaps the most successful protest ever, the “March On Washington”, which included Dr. Martin Luther King’s famous “I have a Dream” speech.  That day changed America.  It made a number of Americans who had previously been observing the civil rights movement with folded arms and one eyebrow raised change their minds.  It led to one of the most comprehensive and important pieces of legislation ever passed in American History, The Civil Rights Act of 1964.  I wonder why more protestors don’t use Martin Luther King and his followers as a playbook.  It seems they are ignoring one of the best ever at what he did.

Here is what they should be learning from him:

SPEAK TO YOUR TARGET AUDIENCE:  If you are trying to create change, there are three types of people you should identify.  Those who are with you, those who are squarely against you, and those who have not fully made up their mind.  The third is the group you are speaking to.  With every action and word after that, you need to ask, “How will this be looked upon by my target audience?”  If you overturn a police car, block traffic so ambulances can’t get by, chant about wanting more dead cops, etc…….think about how that effects the three groups of people.  Sure, the people on your side might congratulate you, but the people against you just got more enraged and inspired to be active against you.  Most importantly, the undecideds stopped listening to what you have to say, and you have forfeited all opportunity to influence them.

When you participate in violence, in the eyes of many you become just as bad as what you are protesting, and the people you are trying to influence stop listening.  Regardless of what you think about President Trump saying, “There was violence coming from both sides in Charlottesville.”, he should have never had the chance to say it.  You might think he is wrong, but remember what you are trying to do: influence the people in the middle.    Often times courage is the discipline not to strike back.

Don’t destroy or damage property, and don’t let those with you do it either.

This is the quickest way to lose the support of middle America. People that are working their rear ends off, often with multiple jobs, don’t want to turn on the news and see that their tax dollars are going to have to be used to clean up a protest. Destruction drives away the people you need on your side to win.

Why do people dress up for a date or a job interview? They are trying to impress someone, win them over, and to sell themselves.  That is what you are doing at a protest. You are trying to sell an idea that something is wrong and it needs getting fixed.  You have to ask yourself how your appearance is going to effect your target audience.  Take a look at these pictures from the March on Washington. You will see people who look like professionals.  Slacks, dresses, ties, etc.  They were instructed to wear these clothes by their leader.  He understood how important it was in selling their cause to look like people who deserved the trust and respect of all Americans.  It was August 28 in Washington D.C.!!!!! This means is was likely to be hot and humid! 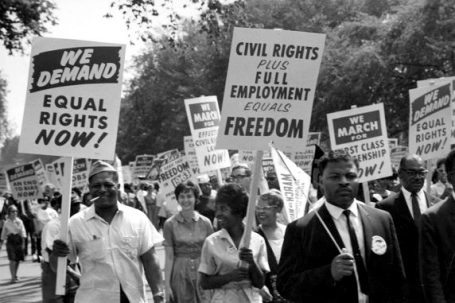 MAKE IT CLEAR YOU LOVE AMERICA AND ARE TRYING TO HELP IT GET BETTER:

On the steps of the Lincoln Memorial, Dr. King said:

“Let us not wallow in the valley of despair, I say to you today, my friends.

And so even though we face the difficulties of today and tomorrow, I still have a dream. It is a dream deeply rooted in the American dream.

I have a dream that one day this nation will rise up and live out the true meaning of its creed: “We hold these truths to be self-evident, that all men are created equal.”

He is challenging America to live up to the words upon which it was founded, to move past its hypocrisy. To the people in the middle, the target audience, this made sense and seemed to be a cause they could get behind. 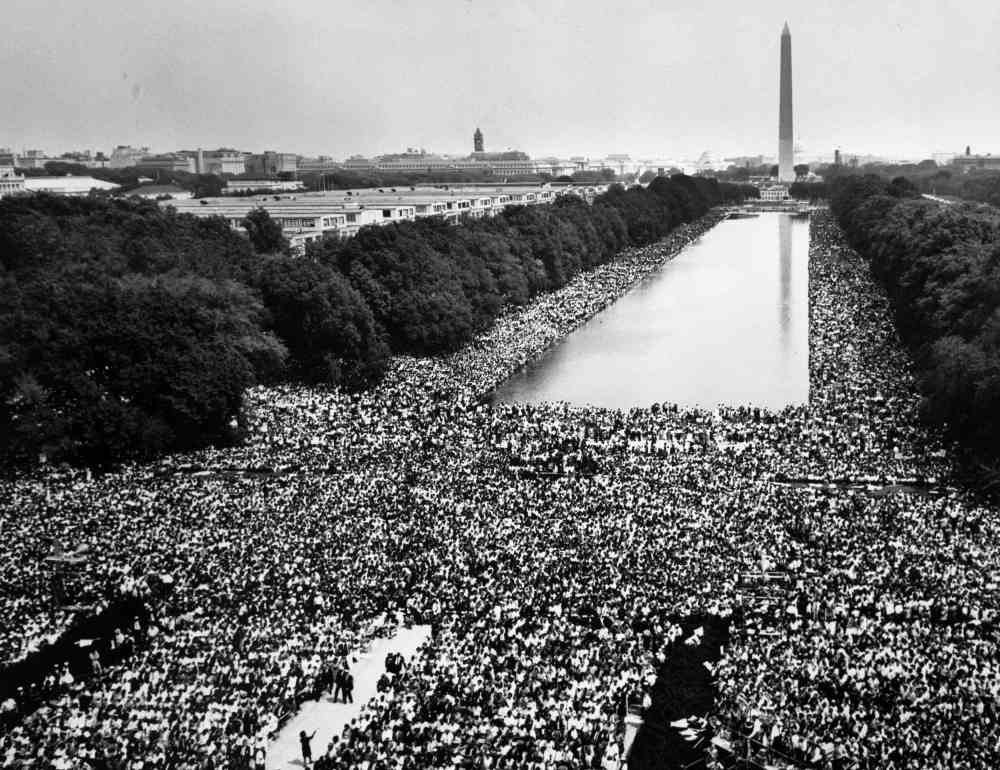 People have taken recently to protesting by sitting down, kneeling, or sometimes even laying on the ground during the National Anthem.  Does that change the hearts and minds of the target audience? Not often.  Imagine if a pro Athlete embraced the flag, took it with them every where they went, and constantly reminded Americans that they should be working harder to live up to the ideals the flag represents.  Imagine if that athelete recited those words from the Declaration of Indpendence every time they were interviewed, “We Hold these truths to be self evident, that all men were created equal.”

Remember that you choose your methods, not your adversary.

Don’t ever justify your actions by pointing to what the other side did. The American civil rights movement got constantly harassed, beaten, and sometimes killed. They never used the actions of others as an excuse to determine their methods.

Dr. King had to remove a burning cross from his front yard in front of his children. His house was bombed, and he was the subject of constant death threats.   Still, he resisted the temptation to stoop to their level.

Please match your brain size to your heart size.  Rage without intelligence is just rage, and that really doesn’t do anyone any good.

There are many examples in American history of successful protests.  If you want to be a catalyst for  change, learn from those who were successful.  History offers many lessons, and the only cost of tuition is taking the time to learn them.