Ryan White should have turned 48 today.  He did not. Unfortunately he died in 1990.  Even worse, during his short life, he had to live the horrific meanness, lack of compassion, and ignorance of “The Good Old Days.”

He was a hemophiliac who had contracted H.I.V. through a blood transfusion. Doctors said he posed no risk to other students, but when school opened a few days earlier, over 150 parents had lined up in front of the school to keep Ryan White from entering. Some teachers at the school also joined the parents in their protest.

Ultimately, Ryan won his legal battle to attend school with his peers. Some parents withdrew their kids to go to private schools. Others waited outside the school daily to taunt him, saying things like “We know you are queer.”

Shots were fired through the White’s family window. He was forced to use different

utensils than the other students  to eat, and not allowed to participate in Physical education.  The editors and publishers of a local newspaper supported Ryan in their articles and financially.  They were ridiculed, subscriptions were cancelled, and they received death threats. 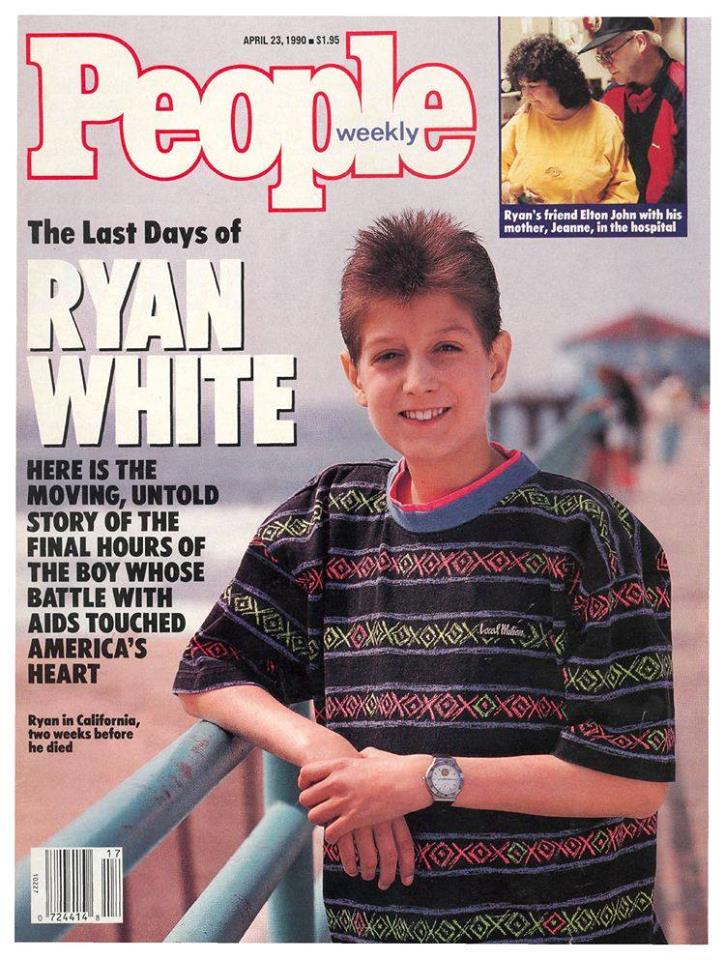 The next school year, Ryan transferred to Cicero, Indiana. There, the principal, Superintendent,  and a handful of students waited for Ryan at the front door.  They greeted him warmly and lined up to shake his hand.

Ryan lived five years longer than Doctors told him he would.  He became a national spokesmen for A.I.D.S., and went a long way towards educating the public about this disease.

Ryan White died March 27, 1990, one month before he was supposed to graduate from high school.  In August of 1990, the United States Congress passed the Ryan White AIDS Resources emergency act. (CARE)

This is not only a story of bravery, but one that should cause
thought.

What would you have done?

At some point, in some way, you will get your chance.

One thought on “Ryan White: The story of a brave young hero, and the question of what you would have done.”