Loving America is complicated, especially when it comes to its history.  We look back proudly upon achievements like introducing modern democracy to the world, our innovation, our generosity, our acceptance of different religions, and our defense of freedom around the world.   These and many other reasons give us good cause to wave the flag with our chins held high.

American history is also filled with chapters not to be proud of.  Watergate, McCarthyism, Abu Ghraib, and others are not moments  looked back upon fondly.  The lowest points in our history, however are when we discriminate and fail to live up to the ideals we were founded upon.  Slavery, mass murder of Native Americans, Japanese internment camps, treatment of immigrant groups like the Irish, Chinese, and Mexicans are all examples of moments that make us hang our collective heads.   Just as disappointing has been some of our deplorable treatment of women, gays, and various religious groups.

American history gives us a lot to brag about, and a lot to make us quickly want to change the conversation.  Can you give one example of past discrimination in America’s past that history will judge kindly?  On your deathbed, do you envision being proud of your where you stood while groups were discriminated against? 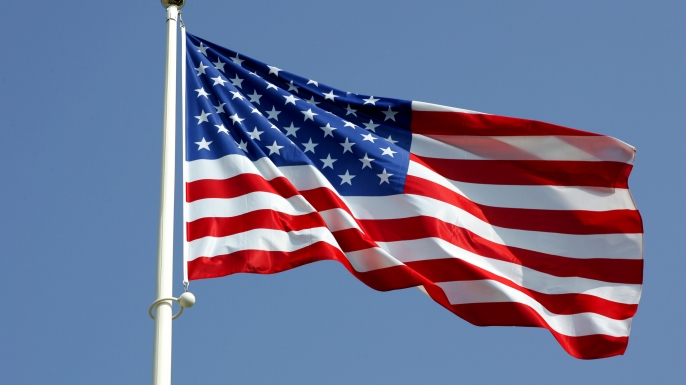 President Trump will soon announce his plan to ban transgender people from serving in the United States military.  No new transgender recruits will be accepted.  Defense Secretary Mattis will be allowed the discretion to remove any current transgender military personnel as he sees fit.

Will this fall into the category of American actions you are proud of?

President Trump and supporters of this move make several arguments as to why this is a good move.  Let us take a look at them.

THE COST:  This is a fair topic.  I think we would all like to see our military budget be responsible and save money where it doesn’t negatively affect our fighting ability.  However, the cost of providing medical care to the Transgender service members is pretty low when compared with other military items. A recent study indicated that the annual medical cost of additional medicines for transgender service members is between $2.4 and $8.4 million.  Comparatively, the military spends over $80 million each year on erectile dysfunction medication. Can we discuss, argue, and negotiate about what is paid for and how it is paid? Sure, that sounds fair, but not allowing an entire group of people to serve because of it does not.

READINESS TO DEPLOY:  The President has made the argument that transgender troops are a disruption and would affect military cohesiveness and the ability to rapidly deploy.  Military leaders dispute this, and say the effects would be very minimal.  Eighteen other countries allow transgenders to openly serve, and all concur that it has not created any major problems in terms of deployment.  Once again, if this creates individual problems, those problems can be dealt with on a case by case basis.  This is not a reason to forbid an entire group of patriotic Americans from serving their country.

RELIGION AND MORALITY:  There are many who support a ban on transgender military service because they consider the idea of being transgender morally wrong.  Others disagree, and believe that the person’s gender and body were not matched up correctly and can be fixed if that person so desires. The God I believe in would want me to be kind and compassionate to all humans, including those who want to adjust their gender identity.  Maybe you don’t agree with me on the stance God would take on this, that is fair.  How about this: Let’s agree to disagree for now, and leave the judgement to God at a later date.  If I’m wrong and have to suffer eternal damnation for being kind to transgender people, so be it.

ASSEMBLING THE GREATEST FIGHTING FORCE:  The President has repeatedly stated his love for the military, and his desire to make it the greatest fighting force in the history of the world.  Is this goal consistent with the transgender ban?  Do you think a transgender person could be amongst our best, brightest, and toughest?  Do you think being transgender prevents someone from being a lethal sniper, tank operator, pilot, or military surgeon?  Putting together the best fighting force means judging people only on their ability to fight.  Every time you exclude a group based on something that has nothing to do with their fighting ability, you get weaker. Do you want your fighters to be mentally tough?  I think having the guts to announce to your friends and family that you intend to switch genders is pretty tough.  I’ll gladly let you carry a gun to defend me and the people I love.

Discrimination doesn’t just hurt those who are discriminated against, it hurts everyone.  By banning transgender service members  we will make our military weaker, and our country at little less what it set out to be.  Time after time, America has proven that it is at its greatest when it works to be inclusive, at its worst when it discriminates.  When my final days come, I’ll be proud of my stance on this issue and support of transgender people.  I hope you will choose a place to stand you can be proud of too.

3 thoughts on “We never look back proudly at discrimination.”