70 years ago today, the daughter of President Harry S. Truman, Margaret, took the stage to sing in front of 20,000 people at the Hollywood Bowl.  She was an attractive, popular young lady who was 23 years old.   She had that backing of a 90 piece orchestra.  It was her first performance in front of a significant crowd, and the whole country was anxious to hear how the first daughter sounded.  The truth according to most: not that great.    However, it was a different time, and there was a different type of relationship between the media and the President than there is today.  For the most part, critics took it easy on Margaret. 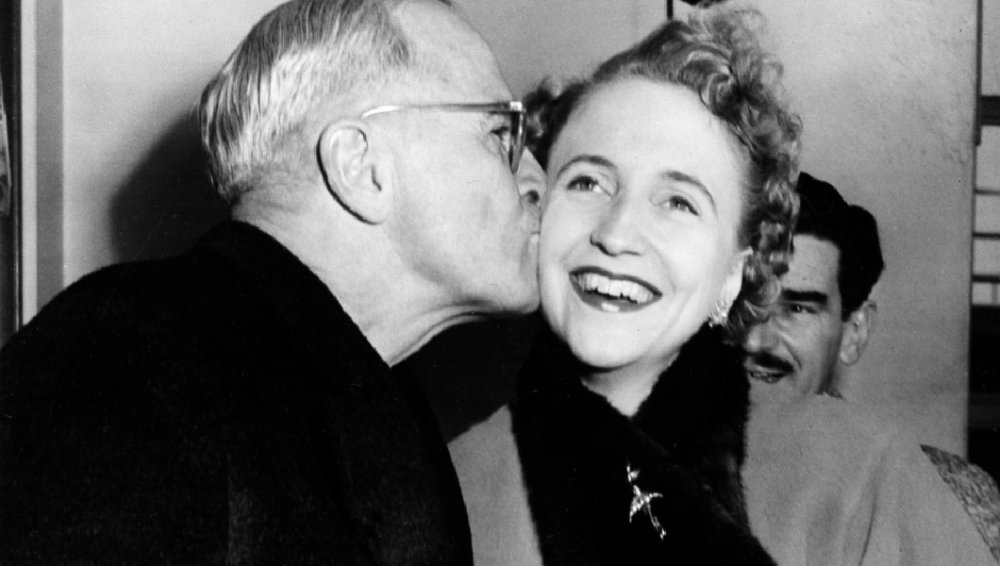 That all changed in December, 1950 when Washington Post music critic Paul Hume blasted away at the President’s daughter after seeing her performance in the nation’s capital.

“Miss Truman is a unique American phenomenon with a pleasant voice of little size and fair quality. She is extremely attractive on stage. Yet Miss Truman cannot sing very well. She is flat a good deal of the time — more so last night than at any time we have heard her in past years. She has not improved in the years we have heard her and still cannot sing with anything approaching professional finish.”

The President was furious. Sure, he was the man who ended World War Two victoriously  two years earlier, had integrated the military a month earlier, and is today one of the most well respected Presidents in American history.  When he read the review, he was simply a father.  Like any dad,  he didn’t want to see his daughter hurt.  He wrote back a furious and threatening rebuke:

I’ve just read your lousy review of Margaret’s concert. I’ve come to the conclusion that you are an “eight ulcer man on four ulcer pay.”

It seems to me that you are a frustrated old man who wishes he could have been successful. When you write such poppy-cock as was in the back section of the paper you work for it shows conclusively that you’re off the beam and at least four of your ulcers are at work.

Some day I hope to meet you. When that happens you’ll need a new nose, a lot of beefsteak for black eyes, and perhaps a supporter below!

Pegler, a gutter snipe, is a gentleman alongside you. I hope you’ll accept that statement as a worse insult than a reflection on your ancestry.”        H.S.T.

Truman had shown the rebuke to his staff, who begged him not to do it.  They told him it was unpresidential, and he would be the one who would end up looking bad.  Truman said, “You don’t understand human nature. People will be on my side on this one, and if they aren’t, I don’t care.”  Truman was right, as 80 percent of the letters received at the White House about the incident supported him.

The children of the first family are one of the few things in the “Do not mess with” area of American politics.  This still holds true today, as Chelsea Clinton came to the defense of eleven year old Baron Trump this week when the youngster was criticized in the media for how he dressed.  Eight years ago, George W. Bush gently led President Obama’s young daughters Malia and Sasha by the hand for their first tour of the White House.  This started a beautiful friendship between Michelle Obama and President Bush.  The first Lady immensely appreciated Bush’s care for her daughters. The Bush daughters Jenna and Barbara were also mentors and guardians of the Obama girls. 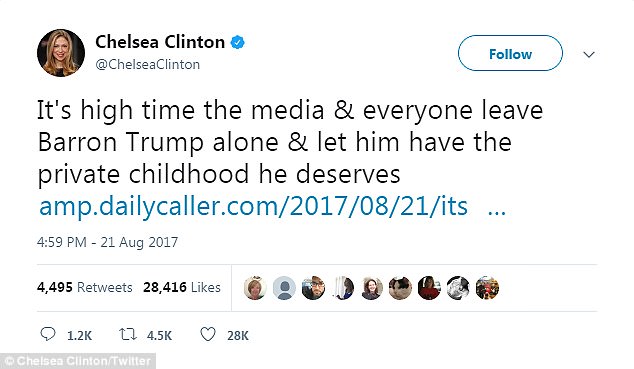 The children of the first family remain as the few protected islands from the American media. And, the next time you hear someone talk about a “Helicopter Parent”, you might remind them that one of our most respected Presidents was one too.